Biodiversity: the secret to healthy skin

When it comes to healthy skin, microbial biodiversity is everything - that was the conclusion of JooMo's first research paper on the skin microbiome.

This research revealed a complete lack of conclusive findings linking the presence or abundance of particular species of microbe to skin disease or health.

This phenomenon is replicated throughout nature, where researchers across every field of biology and ecology agree that a high biodiversity corresponds to increased healthiness and functionality within an ecosystem.

From the plains of Yellowstone Park (macro) right down to a millimetre of the human skin (micro), a decreased biodiversity negatively impacts on the ecosystem.

The Importance of Biodiversity: An Example

The groundbreaking 2017 research (by Kit Wallen Russell and Sam Wallen Russell, co-founders of JooMo) used the example of the re-introduction of the wolves in Yellowstone Park to explain the issue of biodiversity on the skin.

The park had fallen into disrepair in their absence, and the biggest contributor to the Park’s rapidly deteriorating conditions was the swelling of Elk numbers. 1997 saw Yellowstone with “some of the worst overgrazed willow communities in the West”. Just by re-introducing the Wolves, increasing the biodiversity, the entire landscape of the park changed in ways which no one could have imagined.

Direct and indirect changes were observed; the Elk populations decreased back to a safe level, rivers changed direction, and grizzly bear populations exploded, to name but a few. To this day, the park’s health has never been better.

This highlights a crucial point of the fragility of ecosystems. It can take the addition or removal of just one out of thousands of species of organisms in an ecosystem to have dramatic effects.

So on the skin, if this delicate balance is upset, organisms not associated with pathogenic behaviour can become damaging to the host/system. The Elk, when there were no wolves to keep their numbers down, became pathogenic to the ecosystem, just like a ‘pathogenic’ microbe on the skin. So microbes are not inherently pathogenic, but can become so when the delicate balance is upset, and biodiversity is decreased. This shows the single most important thing on the skin, and for all ecosystems, is to preserve the natural biodiversity. Academia and the industry have been looking in the wrong place; their obsession with types of bacteria will never lead to any conclusions whatsoever.

JooMo is NOT a Probiotic!

Creating a healthy skin microbiome is a prerequisite for all third 3rd Wave Cosmetics, but there are currently two main camps of thought about how best to achieve this: Probiotics versus Biodiversity.

JooMo increases your skin's natural biodiversity by creating an environment that takes the skin back to its natural state. The Probiotic lobby are interested in whether adding random, huge numbers of a single species can make the skin healthy. The two concepts are actually polar opposites of each other.

Blindly applying probiotics on the skin can actually reduce the diversity, and skin health, as explained below.

The potential danger of using probiotics, is that by nature they will lead to an overgrowth of a normally ‘good’ species of bacteria and will consequently lead to dysbiosis: a microbial imbalance or maladaptation on or inside the body that has been linked to many dangerous health conditions.

As already discussed, little conclusive evidence has been forthcoming, and many microbes can be either ‘good’ or ‘bad’ depending not just on their abundance but also their relationship with other species. Trying to isolate single species as a way to healthy skin is to misunderstand the extremely complex synergistic relationship between different microbial species and the skin’s own cellular immune system.

Unlike Yellowstone Park, where the rangers knew exactly the right amount of wolves which were healthy, no one has any idea of the correct abundances of types of microbes on healthy skin. This is made harder because it varies hugely from person to person or across different body sites. So even probiotics which add components of healthy skin are disrupting the balance by smothering on unsafe levels daily.

But perhaps the Probiotic products causing most alarm are the ones that introduce alien microbial species to the skin such as Lactobacillus. To quote Prof. Michael Wilson (Professor of Microbiology at UCL) from the in-cosmetics formulation summit (2017):

Lactobacilli are very rarely found on the skin and are certainly NOT part of the skin microbiota of healthy individuals......So why on earth would anyone want to repeatedly dose their skin with lactobacilli? … What benefit could they possibly achieve?Introducing any microbe that is not part of the resident microbiota of a particular body region is potentially dangerous as it is very difficult to predict what it would do to the microbial communities that reside there.Good examples of the potential dangers of interfering with an ecosystem by introducing a species that is not native to that ecosystem are the introduction of the sugar cane toad to Australia, the introduction of knotweed to the UK, the escape of rats onto islands and so on....If the skin is repeatedly assaulted by huge numbers of lactobacilli daily, perhaps its colonisation resistance will break down
Prof. Michael Wilson​
Professor of Microbiology, UCL​

Healthy and hydrated skin in 2 weeks 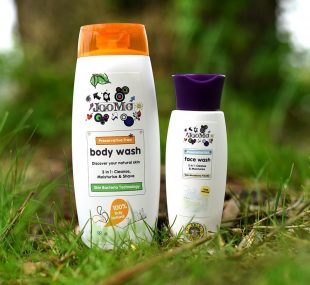