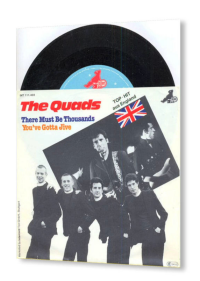 ‘There Must Be Thousands’

The brilliant Backing Track to our ‘Dump the Junk!‘ video was first released by Big Bear Records in 1979. Legendary BBC Radio 1 DJ John Peel, selected it as his “single of the decade” – a truly incredible achievement considering the huge competition in that revolutionary decade.

Probably the longest established independent record company in the UK,  the company was actually named Big Bear by John Peel – he thought the gait of the label’s founder, Jim Simpson, resembled that of a bear!