The Secret to Perfect Skin

We are by now all aware that in nature the only reliable way to judge whether an environment is healthy or not is to use biodiversity as the measure. And the skin is no exception, for when it comes to healthy skin, microbial biodiversity is everything – that was the conclusion of JooMo’s first research paper on the skin microbiome.

This research revealed a complete lack of conclusive findings linking the presence or abundance of particular species of microbe to skin disease or health.

The findings should come as no surprise as this phenomenon is replicated throughout nature, where researchers across every field of biology and ecology agree that a high biodiversity corresponds to increased healthiness and functionality within an ecosystem.

From the plains of Yellowstone Park (macro) right down to a millimetre of the human skin (micro), a decreased biodiversity negatively impacts on the ecosystem.

Three major attributes are used to define an ecosystem’s “health”: organisation, productivity and resilience. Organisation of an ecosystem is to do with how diverse the ecosystem is. As an ecosystem gets more diverse it becomes stronger due to having a larger pool of species to contribute to each role that is vital in the upkeep of the system.

To help explain why increased biodiversity results in a healthy ecosystem, we used the example of the re-introduction of wolves to Yellowstone Park in 1995–6.

The re-introduction of wolves to Yellowstone Park has largely been linked with dramatic changes in the landscape, but most crucially in ways scientists didn’t even think were possible. The biodiversity was hugely increased. Direct and indirect changes were observed, resulting in rivers changing direction; beaver, grizzly bear, eagle and raven populations increasing, among many others; increased heights and richness of berry-producing shrubs; and elk populations decreasing.

Wolves were a natural part of Yellowstone Park until the last official killing in 1926 and were re-introduced to keep the elk population under control. This had become overly large directly as a result of the absent wolves. While other changes in animal populations put strains on the park’s ecosystem (increasing coyote numbers pushed down pronghorn antelope numbers), the rise of the elks was the biggest contributor to the deteriorating conditions of the park. By 1997, Yellowstone contained “some of the worst overgrazed willow communities in the West”.

This example of the re-introduction of wolves highlights a crucially important concept: the addition or removal of just a small number of species leads to non-linear changes to the ecosystem. The extermination and consequent re-introduction of just a single species (out of many thousands) in Yellowstone caused widespread and deep rooted changes throughout the park.

The same “delicate balance” also exists on the skin. When it is upset, organisms not associated with pathogenic behaviour can become damaging to the system/host. The elk, when regulated by wolves, pose a lessened threat, but as soon as they aren’t restricted by wolf predation, they become “pathogenic” to the ecosystem. Their numbers swell and, without wolves to scare them off, overgrazing occurs resulting in more pressure on cottonwood and aspen, among other plants, but most importantly stands of willow, on which beavers depend during the winter. The beaver communities use tall-willow and aspen for food and dam building materials. The loss of beaver dams results in increased erosion, and the loss of habitats for many creatures, including fish, amphibians, otters, moose, mink, wading birds and more.

Using this one specific example we can relate the role of elk—out of proportion in numbers due to the wolves’ demise—to that of a pathogenic skin microbe, opportunistically becoming so to the host (i.e., the skin) once the very delicate balance is disturbed.

In order to observe whether the diversity of microbial species on the skin was a reliable indicator of healthy or damaged skin, our research looked at the diversity on skin untouched by modern cosmetics.

And the conclusion was that the less exposed communities were to western practices, the higher the skin diversity, which is clear evidence of an environmental factor in the developed world damaging skin. For the first time we proposed benchmark values of diversity against which we can measure skin to determine how healthy it is. This gives us the ability to be able to predict which people are more likely to be prone to skin ailments, and start to test whether cosmetic ingredients and products are a main cause of problem skin.

JooMo is NOT a Probiotic!

Creating a healthy skin microbiome is a prerequisite for all third 3rd Wave Cosmetics, but there are currently two main camps of thought about how best to achieve this: Probiotics versus Biodiversity.

JooMo increases your skin's natural biodiversity by creating an environment that takes the skin back to its natural state. The Probiotic lobby are interested in whether adding random, huge numbers of a single species can make the skin healthy. The two concepts are actually polar opposites of each other.

Blindly applying probiotics on the skin can actually reduce the diversity, and skin health, as explained below. 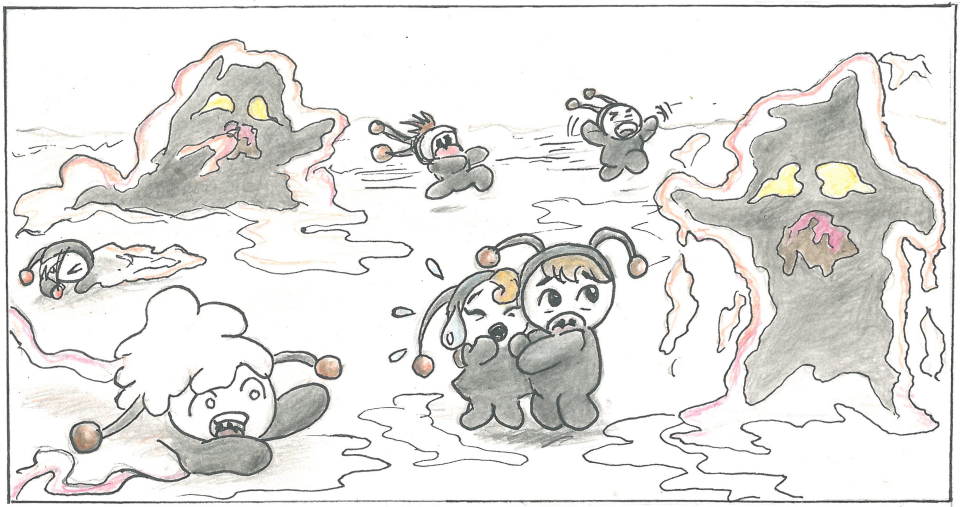 The potential dangers of Probiotics?

The potential danger of using probiotics, is that by nature they will lead to an overgrowth of a normally ‘good’ species of bacteria and will consequently lead to dysbiosis: a microbial imbalance or maladaptation on or inside the body that has been linked to many dangerous health conditions.

As already discussed, little conclusive evidence has been forthcoming, and many microbes can be either ‘good’ or ‘bad’ depending not just on their abundance but also their relationship with other species. Trying to isolate single species as a way to healthy skin is to misunderstand the extremely complex synergistic relationship between different microbial species and the skin’s own cellular immune system.

Unlike Yellowstone Park, where the rangers knew exactly the right amount of wolves which were healthy, no one has any idea of the correct abundances of types of microbes on healthy skin. This is made harder because it varies hugely from person to person or across different body sites. So even probiotics which add components of healthy skin are disrupting the balance by smothering on unsafe levels daily.

But perhaps the Probiotic products causing most alarm are the ones that introduce alien microbial species to the skin such as Lactobacillus. To quote Prof. Michael Wilson (Professor of Microbiology at UCL) from the in-cosmetics formulation summit (2017):

Lactobacilli are very rarely found on the skin and are certainly NOT part of the skin microbiota of healthy individuals......So why on earth would anyone want to repeatedly dose their skin with lactobacilli? … What benefit could they possibly achieve?Introducing any microbe that is not part of the resident microbiota of a particular body region is potentially dangerous as it is very difficult to predict what it would do to the microbial communities that reside there.Good examples of the potential dangers of interfering with an ecosystem by introducing a species that is not native to that ecosystem are the introduction of the sugar cane toad to Australia, the introduction of knotweed to the UK, the escape of rats onto islands and so on....If the skin is repeatedly assaulted by huge numbers of lactobacilli daily, perhaps its colonisation resistance will break down
Prof. Michael Wilson​
Professor of Microbiology, UCL​