From Astrophysics to the Microbiome
click here
JooMo Twins

For my twin brother Kit and me, the build up to the summer break was always an exciting time because as soon as school finished we always set off to visit our grand-parents in Troon on the West Coast of Scotland.

The most striking thing about Troon’s world famous golf course was the view out to sea, its many stunning islands being silhouetted by the setting evening sun. For kids it was the view of the Isle of Arran that was most imposing with its dramatic volcanic profile dominating the skyline. Tangled up in the myths and legends of Scotland's ancient past, Arran’s history stimulated the vivid imagination of young minds, with giants, ogres, demons and evil magicians usually at the forefront.

Slightly reluctantly, we leapt onto bikes and started the ride towards the island’s wild hinterland. After about 20mins of exertion on that unusually hot West Coast day, we were feeling relieved that no ogres had showed up and so felt emboldened to go for a swim to cool down. We had located a beautiful, deep clear blue rock pool, and as confident swimmers, we both leapt into that seemingly pristine water.

Attack of the Medusa...

It was with surprise, therefore, that after about 5 minutes we both experienced a strange tingling sensation on our arms and legs? There also happened to be a little French girl in the water with us at the same time, and we could hear her Mother apparently shouting “Medusa” at her from the shoreline. Now, having been brought up listening to Greek myths, we were both well aware about the terrifying legend of the gorgon Medusa, and of course Arran had already been built up in our own minds as the residence of hideous monsters: in a panic, therefore, we flailed our arms and swam rapidly to the safety of the shore.

We quickly enquired about the whereabouts of Medusa and the chances we would be turned to stone? Met by amused looks, it was explained to us that “la méduse” was French for Jellyfish, and that shortly after entering the water the tide had washed in what looked to be hundreds of these stunning creatures. Looking into the pool again, we could now see the bodies of these beautiful animals, and they seemed to iridesce in an unearthly and surreal display. The whole sea seemed to have suddenly transformed itself into a seething mass of life.

As our initial fear and panic subsided, we again became aware of our slightly stinging arms and legs, and were informed that these beautiful ‘Moon Jellyfish’ do sting slightly, and the best way to soothe the pain was to rub ourselves down with seawater.

Our Grandfather, the Doctor...

Some weeks later, we discussed this event with our Grandfather who was a medical doctor. He told us how for thousands of years the healing effects of seawater have been described by physicians such as the Father of Medicine Hippocrates, and a personal story of terribly burned airmen in the second world war. It seemed that Battle of Britain pilots who ditched in the sea suffered much less from the consequences of their burns than their unfortunate colleagues who bailed out over land.

However, several years later we were presented with a paradox: in a high school biology class we were informed that just one teaspoon of seawater contains millions of bacteria and up to 100 million viruses.

So why on earth, therefore, is seawater so successful in healing wounds when it is obviously absolutely teaming with millions of unpleasant organisms? Surely you would be introducing microbes onto already damaged skin, with the potential for dangerous infections?

Yet the facts were that seawater is not just safe but in fact beneficial for damaged skin, and so this curious paradox arises: on the one hand the medical profession had been at the vanguard of convincing us that minimising exposure with any microbes was beneficial, while the evidence of seawater appeared to totally contradict this?

Was our Western orthodox thinking faulty? Could it be that our over over-sanitized modern culture was actually now creating more problems than it was solving? Had the so-called experts’ obsession with disinfecting our surroundings and destroying all species of bacteria meant that they had completely overlooked how complex natural systems, including the human body, worked?

From Astrophysics & Planetary Geophysics to the Microbiome...

One major advantage that Kit and I had over most people in the medical and microbiological professions was that physics was our passion, and as we took our love of the subject through university it became clear that ‘chaos theory’ (nonlinear physics) was the missing link in the understanding of this paradox.

Western culture has overlooked how complex the relationship is between our human bodies and the environment we inhabit. All of us are actually only 40% human: the remaining 60% is our microbiome which is made up of billions of bacteria and other alien species. We are in fact more microbe than man!

Kit as a Planetary Geophysicist and I as a Astrophysicist could see that ill health was by definition just an imbalance in the ecosystem, and that the good health of any natural system was restored by bringing that system back into balance. Beneficial microbes only became ‘bad’ when they were out of balance, with the key being that while an overgrowth could be bad for health, so too could wiping them out.

So, why did we name the company JooMo?

Well, as the little French girl who was warned about “la méduse” would have told you, JooMo is a take on the French word for twins (jumeaux)!

The JooMo Twins appear across the world, having recently appeared on the Dr. Nandi Show which airs in 90 millions households in the USA and 80+ countries worldwide.

Published across the world

Our research along withour aim of changing the cosmetics industry forever by exposing the lies and deceit within it has been published across the world!

Keynote speakers on our ground breaking research on the Skin Microbiome from San Francisco to Amsterdam.

Menu
Menu
©2021 JooMo Ltd. All rights reserved. Registered under the Industrial and Provident Societies Acts No. 31136R.
JooMo® is a registered trademark. 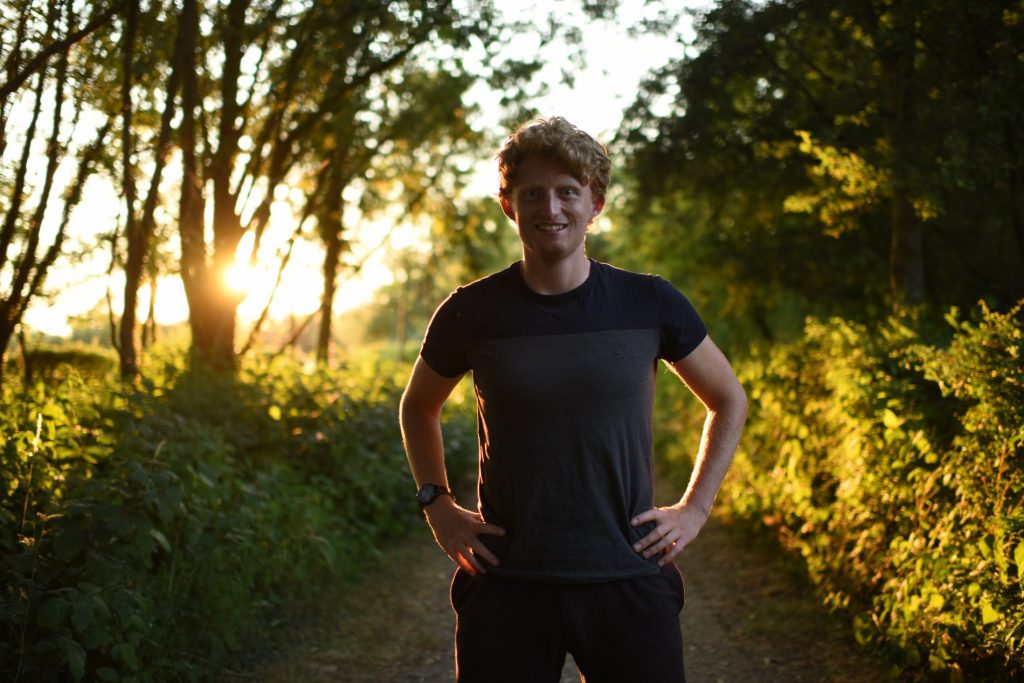 “JooMo is built on the simple fact that we want to change the world by helping others. By pushing forward with our beliefs, we not only inspire change in the world but we re-invent the face of business where the main aim is helping the community, not solely helping ourselves.”

Sam graduated with a First Class Masters degree (MPhys) in Nuclear Astrophysics from The University of Surrey (Sunday Times ‘University of the Year’).

His specialist academic interests were Quantum Mechanics, Special & General Relativity and anything with lots of mathematical equations!

During a Master’s Research Year in the USA at the prestigious University of Notre Dame (UND) in Indiana, he designed and built a particle detector for detection of supernovae. Possibly the most famous sporting name in US college history, UND also invited Sam to represent their Tennis Team and show the Americans how to play ‘soccer’!

An LTA qualified Tennis Coach and exponent of the ‘Modern Tennis’ playing system, Sam was awarded colours for his complete commitment to Surrey Tennis 1st Team, bowing out on a high with a hard fought promotion in his final year. By taking on roles such as Vice President, Sam was instrumental in helping it grow into the third largest sports club. As a front running member of the University of Surrey community, Sam was JooMo Ambassador and was responsible for organising JooMo-sponsored community events and building the brand on campus.

While out there, the “Face of JooMo” was launched which raised funds for SOS Africa. On top of that he chronicled his thoughts in the JooMo Talk blog, with some highlights being running the Chicago Half Marathon, going to the US Open Tennis Tournament and “tailgating” for Notre Dame Fighting Irish American Football matches! 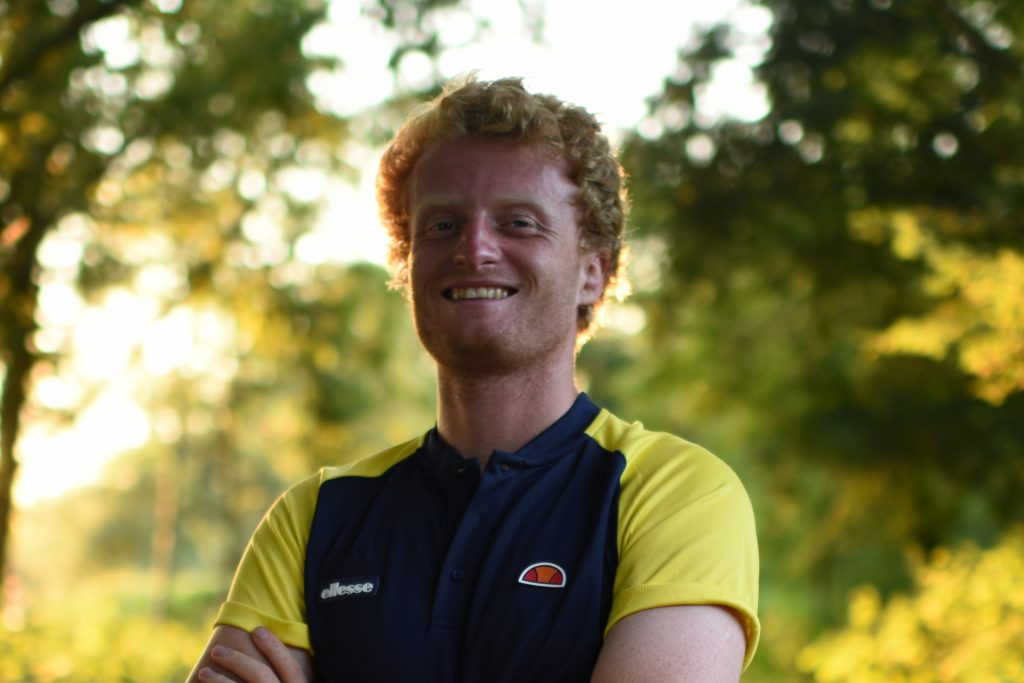 “We have created a living, breathing example that business can be a success doing things the right way.”

Kit graduated from University College London (UCL) with a Masters Degree in Geophysics.

As a final year research project Kit investigated The friction of saline ice on aluminium, and he went on to become one of the leading experts on the topic both at UCL and probably the world. Late in 2015 he submitted a peer-reviewed scientific paper with the same name to be published in a prestigious industry journal.

As director of the Pavane Research Centre (the R&D arm behind all ground-breaking JooMo technology), Kit has subsequently gone on to publish another peer-reviewed paper that describes the first ever mechanism to determine whether skin is healthy or not

The ground-breaking significance of this research was that for the first time it was possible to determine whether everyday cosmetics really are the primary cause of the skin allergy epidemic raging across western world.

In partnership with The Medical University of Graz, Kit lead a follow-up study to determine the effects of everyday cosmetics on skin health.The 32 human volunteers were split into three groups, one tested a leading synthetic formulation, one tested a leading high street ‘natural’ formulation, and one tested JooMo, the world’s first 100% natural and preservative free face wash. The so-called ‘natural’ product actually contained 70% chemical ingredients, including MI and MCI (banned in Canada and for leave-on use in the EU). In comparison the synthetic product contained twenty-eight ingredients, twenty-one of which were synthetic – 75% of the total.

The results were published in the journal Cosmetics. It describes how JooMo’s products significantly increase the average microbial diversity and, as a result, skin health, in two weeks or sooner. It also showed how, compared to the other products, JooMo maintained water content on the skin.

Kit has also given an exclusive interview to international industry journal Cosmetics Design that introduces some of the key issues behind JooMo’s cutting-edge Skin Bacteria (MIRR)™ Technology.

Like his twin brother, Kit was also a top ranking tennis junior for his county and now an LTA qualified Tennis Coach. At UCL he was in the elite tennis squad in the BUCS league for four years, and was on the committee for two of them. Whilst also juggling course commitments and spearheading JooMo’s campaign in London, he was awarded a commendation and two colours from the UCL Union for services to sports.